We Need Another Rooney Rule


People hate being told what to do, but sometimes tough love is the only way.

Consider pro football, one of the most bare-knuckled games around. It took a hammer like the Rooney Rule to pry open the clubby world of wealthy team owners and bring them into the 21st century.

Named after Dan Rooney of the Pittsburgh Steelers, the Rooney Rule mandated that at least one minority candidate be interviewed for any head coaching job. The reason: From 1921 to 2003, only seven minorities served as head coaches for the mostly white team owners.  Even my friend’s 7th grade son knows this “just ain’t right”.

The Rooney Rule went into effect in 2003, and since then, 13 minority coaches have been hired. There’s an open debate whether more needs to be done to promote minority hiring in the NFL. We’ll leave that for others to discuss, but the point is not lost on us that the financial services industry could use its own Rooney Rule. The financial meltdown was in large measure the result of compensation schemes that motivated Wall Street to take outsized risks with firm capital.

Compensation got out of hand because there was an asymmetry between pay and performance. When Wall Street took big risks and it worked, the payday was huge. When big risk failed, taxpayers in the U.S., Iceland and elsewhere picked up the tab. 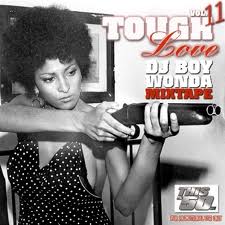 Enter Tough Love
Did Wall Street know this compensation problem existed? Yes. Did it do anything about it? No.

This issue needs to be addressed, and it’s already happening.

The first salvo was fired in the European Union. In early March, European Parliament and member states capped bonuses at no more than the annual salary for bankers working in the EU and for those working for European-based banks worldwide.

This week, voters in Switzerland overwhelmingly backed an initiative to give shareholders of Swiss-listed companies control over executive pay. The law limits severance packages, side contracts, and rewards for buying or selling company divisions.

Ironically, 100 years ago, J.P Morgan himself said that the CEO should never make more than 20 times the lowest paid employee!

All Eyes on FINRA
Recently, the spotlight has shifted to wealth advisors in the U.S.

FINRA has proposed a new rule requiring that wealth advisors fully disclose to clients the large recruiting check they receive when changing firms. The rule hasn’t been passed yet, but the comment period for this new statute ended two weeks ago. Surprisingly, two of the largest brokerage firms have already come out in support of the rule.  If it does pass, the prospect of taking a recruiting check is likely to be far less appealing for many advisors.

Our question is, will the proposed rule just hurt advisors' bottom line or will it protect the firms from continuing to make poor financial decisions?

Bottom Line
The Wealth Consigliere is not an advocate of government intervention, but a Rooney Rule in financial services is long overdue. The elephant in the room is compensation and it needs to be addressed.

Sometimes we just need someone to say, “This just ain’t right.”